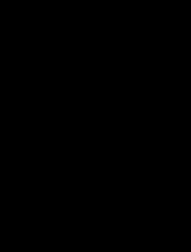 The following information is based on historical uses found in herbal lore and unscientific claims. There is insufficient research on this herb to prove benefits or safety issues it may have in humans.

Goat's Rue was used by Native Americans, who considered it to be an aphrodisiac and useful in restoring manhood to those with impotency and as a female herb to restore a woman's beauty and health. The root is used in alternative medicine as an anti rheumatic, anthelmintic, diaphoretic, diuretic, emmenagogue, febrifuge, galactogogue, pectoral, restorative and tonic. A herb tea is used to treat rheumatism, bladder problems, fever, hard coughs, impotency, to expel intestinal worms, irregular menstruation and to increase the flow of breast milk. Goat's Rue is used cosmetically in hand and foot bathes. Experimentally, the root has shown both anticancer and cancer-causing activity. research on this herb and its chemical constituents is ongoing and early results are proving to show it may be useful in Diabetes, Alzheimer's and many other disorders. The root is a source of the insecticide 'rotenone' found to be especially effective against flying insects but appears to be relatively harmless to animals.

Goat's Rue is a perennial herb native to Eastern North America from New Hampshire to Florida, west to Texas and Manitoba. It is found growing in dry sandy woods, openings, fields, and roadsides.

Goat's Rue is 1 to 2 ft. tall, covered with silky silver hairs. The root is long and tough, the stems erect and branched. Goat's Rue leaves are alternate, compound (pinnately) and divided into 8-14 pairs of narrow oblong leaflets and one leaflet at the tip.

Goat's Rue flowers blooms from May through August. The flowers have a faint but definite pleasant aroma and bees visit them often for nectar. The flower clusters are terminal racemes atop the plant. Each of the large flowers is pea like, 1/2 to 3/4 in. long, yellowish at the top, and purplish-pink below. When cultivated there may be 20 to 30 flowers per raceme and up to 200 flowers per plant .The root is a source of the natural insecticide 'rotenone', especially effective against flying insects but relatively harmless to animals. Cattle do graze on it but the plant is said to be toxic in large or strong doses. Gather after flowers bloom, dry for later herb use. Plant is not edible.

How to Grow Goat's Rue Herb

Goat's Rue is fairly easy to grow, it is a deep rooted plant, requiring a moist, deep, light or medium very well-drained soil in a sunny position. Goat's Rue has a symbiotic relationship with soil bacteria, these bacteria form nodules on the roots and fix nitrogen. Some of this nitrogen can be used by other plants growing nearby.

Used by Indians to poison fish. A herbal tea made from the roots is said to make children muscular and strong. A cold herb tea was used for male potency. Goat's Rue earned the names Devil's Shoestring and Catgut from its tough rootstocks. A decoction of the roots has been used as a hair shampoo to prevent hair loss.