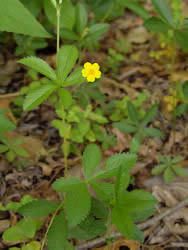 What is Cinquefoil Herb Used For?

The Cinquefoil plant contains a large amount of tannins and is most utilized by herbalists as an astringent. They might use an infusion of Cinquefoil as a herbal tonic for dysentery, diarrhea, fevers, and debility.

A decoction of Cinquefoil is used as a gargle for loose teeth, spongy gums, thrush and, periodontal disease. Fresh juice of Cinquefoil mixed with honey removes hoarseness and relaxes a sore throat, and is said to be therapeutic for coughs.

For skin care, a strong decoction of Cinquefoil is poured over infections, sores, and rashes. In herbal baths, it is intended to be soothing for reddened or irritated skin. An infusion of Cinquefoil leaves makes an excellent skin wash and is also used cosmetically as a soothing lotion for redness and for babies delicate skin. Cinquefoil is an ingredient in many anti-wrinkle cosmetic preparations.

Herbalist Henriette Kress has some unique information about using Cinquefoil for courage here.
She also says that she uses it as a substitute for Agrimony.

The young shoots and leaves of the Cinquefoil plant are edible in salad or cooked as a pot herb.

Cinquefoil is a common perennial herb native to Eastern and Central North America. It is found growing in yards, dry open woods, on prairie hillsides, roadsides, and in old fields and waste places. (USDA Distriution Map)

Cinquefoil blooms from April throughout the summer and has small yellow flowers with five slightly notched petals. The name Five-leaf or Five Fingers refers to the palmately divided, toothed leaves.

In most Cinquefoils, stem-runners root at intervals and often attain a length of 5 feet or more, spreading over a wide area. The roots are long, slender rhizomes branched at the top from several crowns. However, Potentila recta , known as Rough Cinquefoil or Sulphur Cinquefoil has an erect stem up to two feet tall.

How to Grow and Use Cinquefoil

Harvest edible young shoots and leaves before flowers bloom for use as a vegetable
Gather the entire plant when in bloom. Dry or tincture for later herbal use. 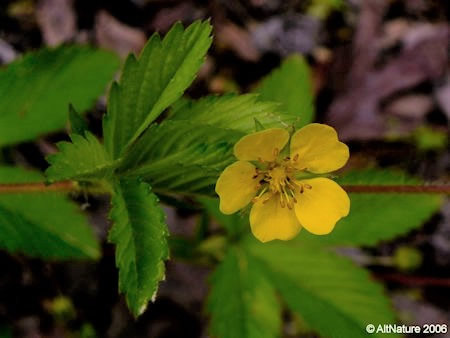 Cinquefoil was an ingredient in many magic spells in the Middle Ages and was notably used as an herb in love potions.

Tea: Herbal infusion of 1 oz. of the herb to a pint of boiling water.
Take 1 cup a day. 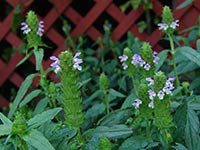